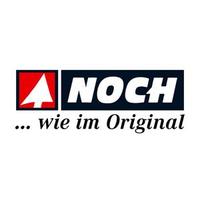 Goaaaal! Finally there is a complete football team.

The English national football team, the Three Lions, presents itself at NOCH, the model landscaping specialist, in the traditional white jerseys. The team consists out of 10 players and one goalkeeper. The model railway figurines - the football players - have been re-created on a 1:87 scale for the model railway H0 scale and modelled in typical, game-related scenes. The players fight, straddle, curse and run. In combination with other national teams, international matches can be depicted on the model railway landscape or in a diorama.

The English national football team is among the oldest national teams worldwide und it does represent England in internationals competitions, such as the World Cup or the European Championship. The team is controlled by the Football Association (FA), the leading English football association. The British football is, besides Hockey and Rugby, one of the diciplines, in which there are four British national teams. England, the "motherland of football", Scotland, Wales, and Northern Ireland have all founded their own football association independently. Furthermore Scotland and North Ireland maintain their own premier leagues; the Welsh teams play, in part, in the English leagues, but overwhemingly in their own ones. The English national team has, in comparison with the other British teams, had the most success and it won the World Cup of 1966 in its home country. Furthermore, England won the title of the British Home Championship (in some years the title was shared) 34 times, an event previously held between the four British national teams, while the other three teams combined have also won the title only 34 times.

Figures for every possible Scene!

There is nothing that brings more life to your model landscape than realistic figurines. You will find an extensive figure collection, with figures in every possible pose, in the NOCH product range.

Decorate your model railway layout with beautiful, coloured-by-hand figures, such as warehousemen, carpenters, chimney sweepers and postmen, but also paramedics or policemen, who keep your model landscape in check.

Our assortment of figures leaves nothing to be desired and makes your landscape design a lot easier.