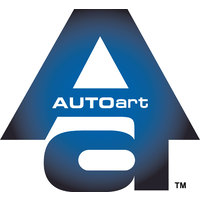 The 2015 Liqui-Moly Bathurst 12 Hour was quite simply a classic race with a wide mix of GT cars from various manufacturers adding to the growing appeal of the race in both Australia and around the world. Hong-Kong based Craft Bamboo Racing, a top-notch Asian GT outfit and an official technical partner of Aston Martin Racing, committed early to the race and entered a pair of V12-power Aston Martin Vantage GT3s. Their #97 car of Darryl O...Young, Alex MacDowall and Stefan Mucke was the main ...strike... weapon, entered in the GT3 Pro-Am class where cars were permitted to have two seeded drivers among the three-pilot line-up.

On the other hand, Craft Bamboo Racing team chairman Frank Yu of Hong Kong led the driver line-up in the team...s #99 entry in the GT3 Am class, where each car was only permitted a maximum of one seeded driver. He was joined by Australian Jonathan Venter, who had competed in GT racing in Asia with the team in 2014, and French amateur driver Jean-Marc Merlin - who brought a resume that included GT experience plus racing in the World Endurance Championship, European Le Mans Series and Le Mans 24 Hour. The team...s cars were also supported by Autoart and Biante Model Cars, their striking liveries and howling V12 note making them an instant fan favourite.

With the 2015 12 Hour attracting a crack line-up of GT3 machines and drivers, the competition was tough though the #99 Aston Martin was able to come home a creditable ninth in the GT3 Am class and 25th overall with 248 laps completed compared to the winning Nissan...s 269. The fact the #99 Aston Martin was even in the race was an achievement after it had been involved in an accident during Friday practice at Forrest...s Elbow with the Maranello Motorsport Ferrari 458 driven by Tony D...Alberto.

A massive effort to repair the front end of the Aston Martin saw it returned to the track for Saturday qualifying and it set a 2m05.6923s lap to qualify 22nd on the grid Amazingly, the top 22 cars were covered by just 3.1-seconds!

Unfortunately, overheating problems would blunt their challenge in the race on Sunday, however simply finishing the race was a great effort considering the damage suffered on Friday. ...I was looking for new adventures by racing for the first time in Australia and I have to say that Bathurst did not disappoint!.. said Jean-Marc Merlin.

...After being pushed into a wall after just four laps in the first free practice session, I was privileged to witness the fantastic team spirit of the Craft Bamboo Racing crew who managed to put a perfectly setup car back together in time for qualifying.

...Frank Yu trusted me to start the race which is something unique. The sunrise on the mountain at full speed is quite an experience! ...A few laps down a kangaroo even took down an unlucky BMW just in front of me. ...The reception by everyone in Australia was amazing. It was an honor to race with Frank and Jonathan. Craft Bamboo has proven that it is already a world class organisation, the only privateer at the top of the rankings amongst works outfits...

Aussie Venter was happy with his day...s work.

...It was a good race, a very long first stint and I felt a bit of the illness and heat come into play so I wasn...t feeling up to shape but the car was amazing,.. he said. ...The boys did a very good job of rebuilding it, and it was strong the whole day and had some very good pace. So I...m very proud of the team...

Yu, runner-up in the 2013 GT Asia Series, also offered his reflections on the weekend.

...We had quite a bit of drama in the #99 car this weekend,.. he said. ...In the morning it was great but in my last stint it lost power due to the heat. The boys did a great job rebuilding the car and under the circumstances we finished ninth in class and that...s pretty good... 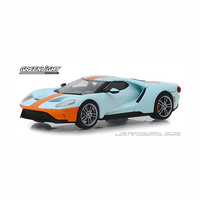