Mark Donohue was a tremendously talented American driver who, unusually, was also a degreed engineer. After winning the SCCA National Championship in 1961, he was befriended by well known driver Walt Hansgen. Walt was highly regarded by Ford and when he recommended Donohue to them, they listened, teaming Mark and Walt in GT40s that finished 3rd at the Daytona 24 Hours and 2nd at the 12 Hours of Sebring in early 1966.

For the '66 Le Mans, Ford paired Mark with Australian Paul Hawkins in the #4 GT40 while Walt was to be in another car. Sadly, Hansgen died while practicing for the race.

Mark and Paul didn't fair well in the event. Though fast, the differential failed only 12 laps into the race and they were forced to retire.

Donohue would return to Le Mans in 1967 to finish 4th, co-driving with Bruce McLaren. Though this was his best Le Mans result, he would go on to win the Indy 500 and multiple Trans Am and Can Am championships.

He was killed in practice for the 1975 Austrian GP after being talked into coming out of retirement by Roger Penske. In addition to his racing record he left a legacy of racing and automotive advancements that provide benefits to this day.

Paul went on to success in the World Sports Car Championship but died in a crash in 1969 in England.

Lighter and Faster chassis with Lower Center of Gravity

Up to 8 Colour Body Graphics 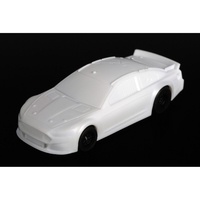 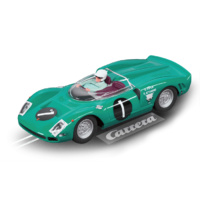 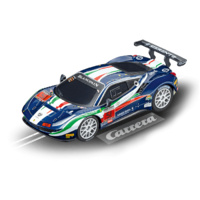 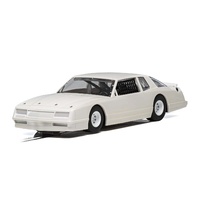